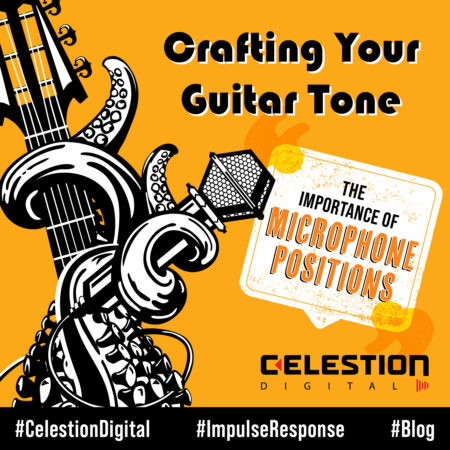 In this new article, guest writer Andi Picker breaks down the intricacies of trialling a range of different microphone positions when chasing the perfect guitar tone, whether live on stage or recording in the studio.

I started recording music because I love the sound of electric guitars. Basically, I heard music as guitar, some lyrics, and then a bit of other background stuff. I very quickly learned that this view was completely out of touch with most of the rest of the world, but my guitar tone obsession never went away.

Recording an electric guitar seems like it should be so simple: put a microphone near a speaker and press record. Boom, done!

But, in reality, it’s not so easy!

The problem is that we generally don’t want to record just a guitar being played through an amp – we want to record a particular tone, some special sound that will make hairs stand on end and spines tingle – and that will hopefully sit in our mix as well.

Suddenly, we have a bewildering set of choices to make, starting with the creation of the sound (what picks, strings, guitar, pedals, amp, cab, speakers), then moving on to the capture of the sound (microphone choice and where to put it/them, preamps, studio effects etc). This all adds up to a lot of choices, often triggering crippling option anxiety. For most of us with real-world budgets, we don’t have unlimited access to all the gear and equipment, but what we do have is an unlimited number of ways to point our microphones. 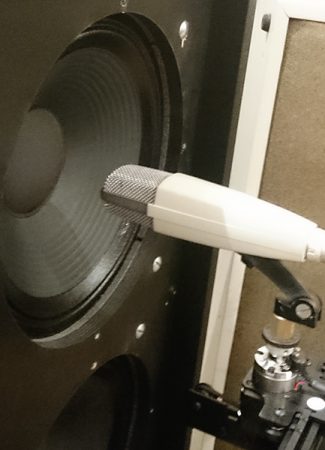 When I started to research how to record guitars I read, over and over online, that microphone position makes a huge difference in what we capture. We can move a microphone closer/further away against the speaker, towards the centre or the edge, straight or angled. That’s three sets of variables for every microphone, all infinitely variable and all making that huge difference for just a few millimetres of movement.

So, I made a spreadsheet, fired-up Cubase and got started.  I recorded every mic I had at a dozen different distances from the speaker, at a dozen positions from the centre to the edge, with the microphone straight, angled a bit and a lot both ways, for clean and dirty guitar sounds. I recorded 1,440 clips per microphone. One thousand, four hundred and forty! Per microphone! I’ve never even listened to more than about a dozen of them, because there’s just far too much information that’s just far too similar for me to ever to be able to use it to make a decision.

So, eventually, I had a session where I just needed to get some guitar parts recorded. The amp was set, sounded good and we were ready to roll. I put a Shure SM57 straight on to the centre of a Greenback, right against the grill cloth, moved it just a little outwards until the ”tzzzz” went away and the bite remained. I locked the mic stand and recorded. It worked great, with about one minute of set-up time. Add a distant room mic just in case and that job was done, with very little stress. Over the years I’ve developed three or four mic placements that do 80% of the job with little-to-no EQ required afterwards. Perhaps this recording thing really doesn’t have to be so difficult?

I’ve been using IRs for a long time now, they allow me to have more (virtual) gear choices, to work quicker and they fix most of the monitoring issues that go with recording loud cabinets in real-world rooms. The problem that I had in the early days was that a library of IRs was pretty much like that set of test recordings I made; there always seemed to hundreds of the things to try to sort through, to the point where replacing all the guitars with a banjo started to look pretty appealing. That problem went away when I got my first CelestionPlus IR library; choose a speaker and cab and then you get three mics, each with six different sounds, plus a room mic set-up and some blends. The key is that there are enough differences in the sounds to be worth clicking through them, and few enough that it doesn’t take an afternoon to do it. Starting with a sound that does broadly what we want it to means less processing later on – there’s absolutely nothing wrong with a bit of sweetening in the mix, but it’s so, so easy to keep adding plugins to try to fix a part that needlessly starts-out wrong for the job.

What am I listening for?

Soloed guitar parts are rarely what we think they are when we listen to a mixed track, because their job is to fit alongside the other instruments in a way that blends into a whole. I’ve made isolated decisions that I thought sounded wonderful, and then just couldn’t make the track fit into the song.

I suggest that the key is to not try to make choices based on anything other than how a track fits into a mix. This is the beauty of impulse responses; we can make mix decisions when we know what the mix sounds like (I know it’s good to commit to sounds at source, but many of us are working with recorded parts that we can’t control and we need to be able to make choices after the components have all been delivered). With IRs we can bring up a basic mix, click through the options until the right blend of thin/fat/dark/bright snicks into place, then leave it alone. Chances are, if it sounds good – it is good!