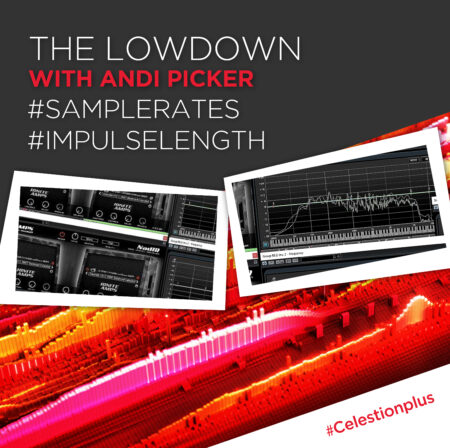 I remember when I first started using cab IRs; I had bought a software amp-sim and it included a small selection of own-brand and third-party responses that that could be loaded one or two at a time into the built-in Convolver module. Using them was dead simple: choose the kind of speakers you want to use, and the microphone and position, and you’re good to go. I was impressed enough with the results that I ordered a few libraries of assorted cabs and got ready to sell my mics.

That’s a LOT of files!

Suddenly life wasn’t quite so simple any more. Commercial IR libraries typically have somewhere between quite a few, and very, very many files, and just selecting speakers, cab, and microphones and then having a few sensible options for positioning and set-up for each can start to add-up. A set of Celestion speaker impulse responses with 5 cabinets, each with 3 different close microphones recorded in 6 positions, plus 3 room mics, plus 12 mixed-mic combinations has 105 files. At some point in the sets of folders within folders within folders, we discover that we actually have over 800 files, and that before we can start to think about SM57 vs MD421 vs R121 on our Greenback/4×12, we have to select one of two different IR lengths, each at one of four different sample rates. What? Don’t worry, it’s really not as overwhelming as it looks: those different sample rates and IR lengths are provided to give us maximum compatibility with whatever set-up we need for our project or device, and we just need to know how to choose the right options for what we’re doing. 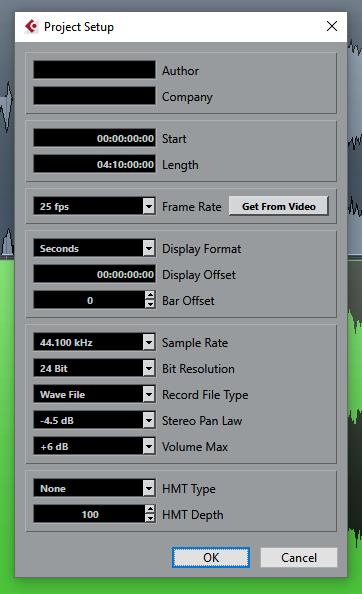 Most of us have a pretty good idea of what we think different microphones and positions on a cab sound like – but what about a 96k 200ms impulse response vs one at 48k and 500 ms? Which one is the best? How do we choose? And what happens if we ‘get it wrong’? Let’s take a look.

What do those numbers really mean?

The IRs that we use for cabinets are generally created by sweeping an audio signal (the impulse) through a range of frequencies and recording what comes out of the speaker (the response). The actual responses are recorded as .wav files, and if we play one it sounds like a short click. The IR Loader, or convolver, uses some devilishly clever maths (generally an FFT – Fast Fourier Transform) to calculate the effect on frequency response and then applies that difference on the fly to our ‘amp’ signal as the effect of the speakers, cab, mics and room. The sample rate and impulse length options apply to those response .wav files.

I admit that it took me a few experiments to figure what the impact of the different sample-rates would be. Import some impulses into a DAW project as audio files and play them back and they behave exactly as we’d expect, the one that matches the project sample rate plays back correctly and is the correct length, lower sample rate files are shorter (less samples) and play back higher in pitch, and the higher sample rates are shorter and lower pitched. So what happens if we choose the wrong impulse? The answer is ‘nothing much’. I figure the IR loader is smart enough to convert sample-rates on the fly (bear in mind that plugins often up/down sample signals anyway) and the signal going through the IR loader just plays back at the correct pitch. A great way to measure differences in sounds is to run a ‘null-test’: record two versions of the same thing, invert the polarity of one of them and the elements that are identical will cancel-out, leaving only the bits that are different. I ran some null tests with white noise and some DI guitar parts played through an IR loader, and with identical impulses on each signal they cancelled to complete silence; with a 44.1k impulse loaded for on one signal and the 96k on the other, the difference levels rose to -50dB peak, -60 dB RMS – which is un-hearable in context.

Bottom line; just select the sample rate that matches your project. The sample rate will be selected somewhere in a project or device set-up menu; historically, it would be 44.1 kHz for anything that’s aimed at CD (remember those) or 48 kHz for video, and a lot of people still use those defaults. If you’re using one of the higher (88k, 96k) sample rates, you will probably have set it that way, so you’ll know what you’re using. If you discover that you chose the wrong option, don’t worry, your IR will still work, and you most likely won’t hear any difference (and yes, I know someone’s probably got an IR loader that doesn’t handle sample rates well, I used Ignite Amps freeware NadIR loader for my tests if you need one that works).

This one had me really scratching my head for a while. Other than longer IRs using a bit more CPU, I initially could not tell any difference between the shorter (200 ms) and the longer (500 ms) files. Even worse, the original IR loader that I had a while back apparently had a bug that caused it to truncate some files, and I couldn’t hear that either. Comparing the waveforms for the different IRs, the 500 ms ones appear to contain the same signal as the 200 ms ones, but with a much longer tail. That tail is the part of the impulse response that captures the later reflections from the room, so for close mic’d cabs there is unlikely to be much (or anything) that we need there – which is why I couldn’t hear any difference when it was missing.

The FFT process is affected by the length of the IR, and according to some discussions I’ve seen online, very short IRs can lead to noticeable inaccuracies in lower frequencies. I’ve seen the figure of 5000 samples at 44k quoted as the lower limit to minimise this effect, which would give us a sample length of just over 110 ms, so basically, those 200 ms IRs should be fine in most cases.

500ms responses will give the most accurate recreation of a particular cab/speaker/mic/room, but under general listening conditions, or in a mix, you’re unlikely to hear any difference unless you have a prominent part that uses using an IR featuring significant room-tone (try the TLM107 Room options to hear this clearly). If you need to hear the room, or if you’re chasing theoretical perfection and have sufficient computing power, then use the 500 ms responses.

200 ms responses are good for almost all general purposes, including playing live (where we might want to minimise CPU use for minimum latency), home recording and playing and recording close-mic cab sounds.

Summary – match sample rate to the project and use the 200 ms files for most applications, and don’t worry too much if you forget.

Watch my latest video here which shows examples of the tests above: