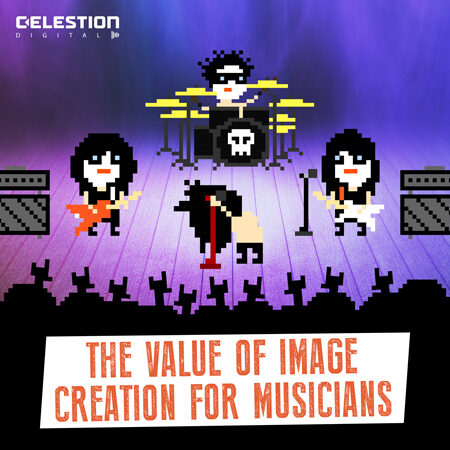 Back in the summer Celestion launched an initiative to encourage independent musicians to maximise their revenue and self-promotion opportunities based on works around their music and art. Part of that initiative was an art-based competition with an opportunity to have a piece of your work minted and marketed as an NFT. The response has been so good that the competition has been extended to allow for more busy musicians to have time to submit their ideas. In this blog we look at the value of image creation for emerging artists, and how a picture can tell the story of a thousand words.

Making it in Music

“Making It” – is and has been the goal of so many musicians across the decades. For some it means having wealth and fame, and for others it means being able to pay the bills, doing what they love. Whilst the goal may be fluid, there are at least a couple of factors that are essential to achieve success: recognition and appeal.

It Starts with the Artist, then their Art.

At its best, life is an art project. For many creative people, how they groom, dress, act and present themselves are all important parts of their brand – calling cards for their art.

We may hear a piece of music and like it (or otherwise) but often we will decide if we like the artist because of the brand, values and lifestyle that they portray as their story.

Visual cues are far more powerful for most people than sound, it’s a concept that is so common that it’s even embedded in our everyday language – how many of us will talk about going to see rather than going to hear a band.

Whether it’s an image of a muscle car in a desert with a snake and a guitarist on a sand-dune, or a logo with a studded skull, or clowns with chainsaws, or flowers and puppies – they all help to identify the experience we may choose to “buy-in to” by listening and it is often the effect of the identity initially that has more impact than the music itself.

What does that mean for the Emerging Artist?

The trick for most small/emerging artist is to create the strongest impact for the lowest cost – to make the most of the small-to-nothing budget of money and time and productive energy that remains after creating and presenting the actual music. There are probably hundreds of close variations for just about any look/image/idea that any of us will ever have, so we need to find a concept that we are happy with, and then fill-in the details to create our own unique panorama.

The key is to be happy with what you do and what you are – it’s fine to play US southern-tinged hard swampy rock and then talk to your audience with a broad East Midlands British accent – do it loud and proud – you have-to be prepared to live what you present and be happy to wear it offstage, at least to meet and greet your audience.

And make your supporting artwork reflect your unique combination of quirk.

Audiences respond to familiarity – it’s why everyone cheers when the big-hit-that-they- know-some-of-the-words-to, gets played. The pillars of a musician’s or band’s brand are their name, logo, artwork, wardrobe, sound and personality. Combining these common and repeated elements in stage-sets, album artwork, posters, websites, social media presence, blogs, videos, coffee mugs, tee-shirts, hats and so on starts to create a familiar emotional background for the music to be performed against – it gives the audience a chance to contextualise the music against their feeling for the artist.

An Example from Andi Picker’s band 1 For the Road.

Here’s a simple example of building a piece of branding from Celestion contributor Andi Picker, created for use with his band. 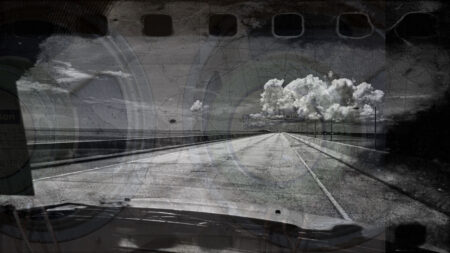 First we have an image created from a series of photographs – a road picture taken on a family holiday to the Florida Keys superimposed on a road map of Texas, a pair of Celestion Greenbacks, a burn effect and some film framing for a bit of drama (and not at all because of that last scene in the movie “Two Lane Blacktop” ) and a bit of added grain and contrast, and most of the colour removed for effect  – not too difficult to see how that might tie-in with the band name. 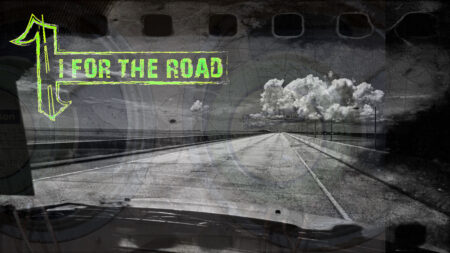 Next we have the image with a Hi-Viz version of the band logo added – a stylised digit 1 with a 2-lane road running along it – if you’ve got an idea, use it, then reinforce it, then use it some more. So-far we’ve got the band name, the road image, the music gear references in one piece that can be used for many purposes. 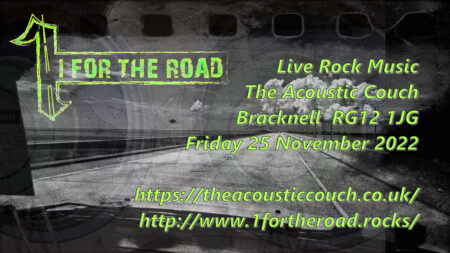 Then we use the combination piece with some text to create a gig announcement – the wording gives the details; the imagery sets the scene. 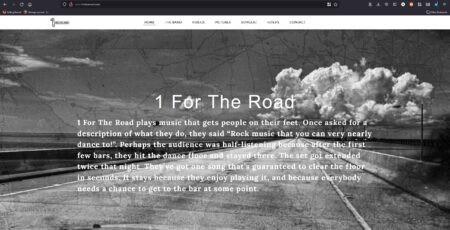 And the same basic piece used as a background on the band website.

His band has several variations on this basic combination of ideas: road imagery, logos, music, and even the occasional dark and blurry picture of the band members. Imagery is a great way to connect the pieces of brand puzzle; it gives a way to link different elements with a common identity.  It’s quite easy to get a bit lost when juggling all the different factors, so a roadmap is a useful tool for keeping track of what files and folders contain what, what goes where and how it can be used, where it has been used, and how it might be updated over time.

So How do you Pull all of this Together to Make More Money?

This was the key point of running this competition – to encourage musicians to think outside the box and upscale both the creativity and integration of your promotional campaigns. NFTs are just one example, chosen because of Celestion’s partnership with Aurovine and MusicArt, but there are plenty of ways to create income aside from ticket sales and downloads.

Merchandise is the lifeblood of many touring artists: fans will buy merch specifically to support artists that they identify with, they will buy CDs and posters, get them signed, then stream the music as well. Major artists sell “experiences” – the divisive paid meet&greet session where fans pay huge amounts of money to meet the artist for a few seconds and collect a commemorative signed photograph. New and developing artists don’t tend to do this, they consider the time spent with fans to be a part of their experience and happily give it for free – but fans will still buy a unique experience, and that’s where original art, lyric sheets, signed drum skins and anything else that’s special and/or a one-off has value. This experience can be extended to continue online, and it’s a lot more convenient to have a picture minted as an NFT than it is to print it and post copies out.

NFTs are secure and trackable – that’s the whole point of them. Ownership is embedded; it travels with the piece, and if it’s what you want, it enables royalties to be paid to the artist for as long as the piece is bought and sold – that’s the fabled dream of passive income!

Obviously, the point is to create something with credibility – there have been some spectacular backfires in the NFT world where manufacturers have tried to cash-in by monetising generic stock catalogue photographs or promo videos, but art, actual creative art that touches people is a quite different matter.

How do you create and sell an NFT?  Choose a marketplace, mint your work as an NFT, have it listed on the marketplace you choose, and set-up the sales process.

Or enter the Celestion NFT competition and if you’re one of the 10 winners, have it all done for you for free!

The competition deadline has been extended – there is still time for you to enter. At the very least it’s an opportunity to dip a toe into the NFT world and perhaps make some actual money from your work, but it’s really about more than that; it’s an encouragement to spend a some time thinking about the broad scope of your revenue opportunities and to get some free publicity through Celestion’s own social media presence.

As a final note, Celestion is seeking a few new content creators to work with on its future social media campaigns– and we’ll be delighted if we can find them in our user community – so we’ll be looking hard at the entries for anything that especially resonates with our message.

You can view the full terms and conditions for the competition here.