Our ever-expanding Backline Heroes range has grown yet again! The latest addition to join our ranks is iconic British amp manufacturer, Laney Amplification. We’ve teamed up with Laney Amps to create an entirely new range of cabinet impulse responses based on the unique tones of two of their legendary cabinet collection – the LA212 2×12 and the LA412 4×12. 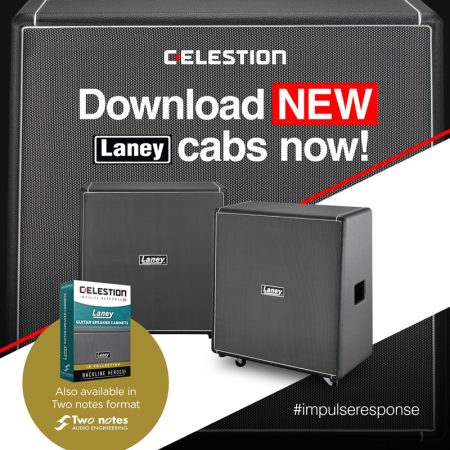 This new range of cabinet impulse responses is for guitarists, producers and musicians who want to achieve the exceptional tone Laney Amps provide when loaded with two iconic Celestion speakers – the G12M Greenback and the Heritage Series G12H (75).

With this new Backline Heroes cabinet impulse response range, you can now perfectly replicate Laney cabinet tone when you’re having fun experimenting at home, recording in the studio or playing live on stage.

Laney Amps & Celestion – A Match Made in Heaven!

Laney Amplification was formed in 1967, when Lyndon Laney was playing in a local band, ‘The Band of Joy’, with John Bonham on drums and Robert Plant on vocals. Laney’s interest in electronics, combined with a lack of funds for a proper amplifier, led him to turn his hand to amp construction. Originally working out of his father’s West Midlands garage, Laney’s aim was to design and build amplifiers with certain tonal characteristics that were simply unheard of at the time.

Word quickly spread about the tone that could be achieved with these new Laney amps and he began selling to local musicians, including Black Sabbath’s Tony Iommi. In 1970, Laney Amps’ signature tone was heard on Black Sabbath’s seminal, self-titled debut album, giving rise to the birth of a brand new genre: Heavy Metal.

Demand for Laney’s amplifiers quickly grew too large for production to continue from a garage so manufacturing was moved temporarily to Digbeth’s infamous Custard Factory in Birmingham, then to Cradley Heath and finally to Halesowen in 2007.

Laney Amps have grown and adapted to the market over the last 50 years to include a range of stunning cabs and pedals specially designed and built for guitars, bass, keyboards and drums.

We’ve now teamed up with Laney Amps to meticulously record new impulse responses based on the iconic tones of two of their best-selling cabs loaded with different Celestion speakers, the Laney LA212 with G12M Greenbacks and the Laney LA412 with the Heritage Series G12H(75) and made them available for download in both .WAV and Two notes format (for use with the Wall of Sound environment). 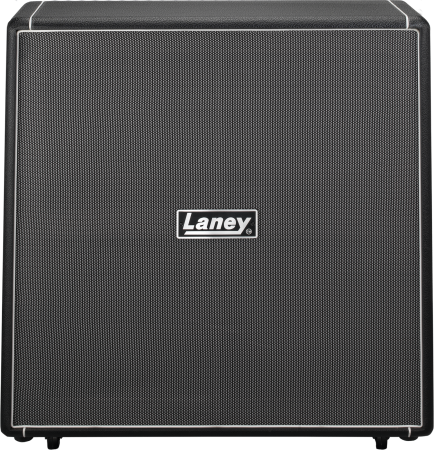 The LA212 is a 2×12 cabinet with a slanted design loaded with two Celestion G12M Greenbacks offset diagonally to give the speakers room to breathe. This ensures a hefty low-end response and unbelievably clear, resonant tones offering plenty of volume without any unwanted distortion. 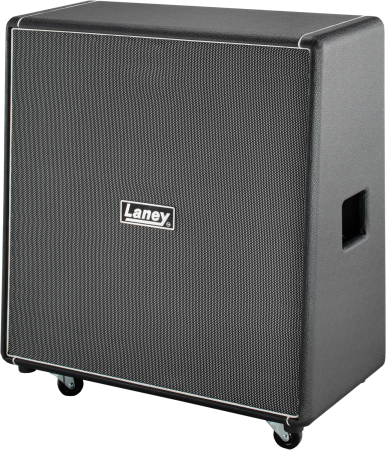 The Laney LA412 is the authentic replica of the cab used by Tony Iommi for Black Sabbath’s recordings and tours up until 1979. This single angle 4×12 cabinet is loaded with four classic Celestion Heritage Series G12H speakers and was constructed using the same marine-grade birch plywood in identical oversized dimensions as the original LA412. With its tight and defined lows and incredible upper-midrange, the LA412 projects an unmistakable sound that can be felt all the way to the depths of hell!

For the .WAV Impulse Response download, we have used the same range of professional, studio-quality mics (Shure SM57, Royer R-121 and Sennheiser MD421) in the same six fully-adjustable positions as our current range of cabinet impulse response to offer the same options – Balanced, Bright, Thin, Fat, Dark and Dark 2, as well as an additional rear mic for the open back cabinets.

Both of these Laney Amps cabinet impulse response have also been recorded using a Neumann TLM 107 room mic (Left, Right and Stereo) for you to mix in as much of your desired tone as required. You even have the options of choosing sample rate and sample length (200ms or 500ms).

For the Two notes-compatible Impulse Response files, each cabinet was recorded with 8 microphones, and the user has the capability to move around each microphone in the virtual room: offering an almost limitless number of IRs generated by the Two notes proprietary format. Each impulse response is fully compatible with the Overload Parameter (available in both Wall of Sound and Torpedo Studio), a unique non-linear convolution processing capability that is able to reproduce the distortion of the speaker when pushed hard.

This pair of Laney Amps cabinet IRs are available for download individually or as a pair with a discount of up to 35%!

Download now in either .WAV format to be installed and used on the majority of DAWs or amp-modelling gear or in Two notes format for use with the Wall of Sound environment.

Be the first to find out about new IR releases, product updates, freebies, news and special offers by subscribing to our newsletter.