That sounds great – now turn it down! 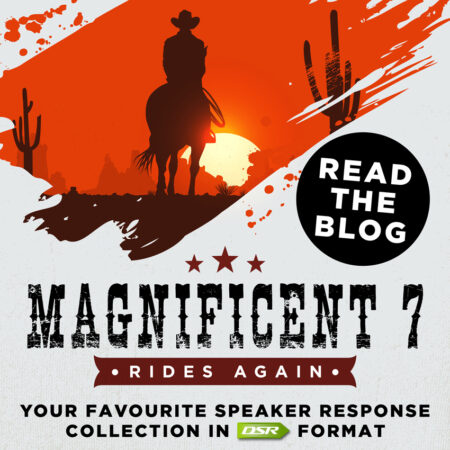 We guitar players can be an odd lot – we’ll focus to the point of obsession on the most detailed nuances of our perfect rig, we’re prepared to spend vast amounts of time and money to create “The Sound” that haunts our dreams; then we realise that what we’re chasing was originally created by someone just plugging an off-the-shelf guitar into an off-the-shelf amp and turning it up to nose-bleed levels. That, of course, is part of the point: Jimi, Jimmy, Eddie and Angus simply would not sound like that if they had to turn it down to ‘1’, and this is where technology can help the rest of us out. Most of us love the sound of a big valve amp blasting through a big cabinet, but we need to play and record far more often that we’re able to turn it all up to ‘LOUD’ – and this is why I’ve been replacing microphones with a Suhr Reactive Load box and a selection of Celestion Impulse Responses ever-since their initial launch.

Now, like many musicians I listen to a lot of music from a lot of genres, but I play and record a selection of styles that I particularly love – basically rock music from the lighter end of pop/country rock, through classic, indie and punk, to some of the heavier sounds of metal. To cover that little lot, I need a variety of ‘classic’ guitar and amp tones, which means that I need a range of speaker cabs, and the folks at Celestion very conveniently bundled a bunch of their iconic speaker design IRs into a cost-effective collection called “The Magnificent Seven” featuring a core-set of legendary 12-inch speakers; Celestion Blue, G12M Greenback, Vintage 30, G12M-65 Creamback, G12H-75 Creamback, G12H Anniversary and Heritage Series G12-65. It’s always good to have options, and I’ll often experiment with a few choice Backline Heroes cabs for specific purposes, but like most people I keep coming back to that classic collection of speakers that’s pretty much defined the sound of rock’n’roll, and I’ve used these Impulse Responses all over almost everything I’ve recorded in the past few years.

In 2020 Celestion introduced a plugin called SpeakerMix Pro. SpeakerMix Pro gives exclusive access to Celestion’s new range of Dynamic Speaker Responses – DSRs. DSRs do the same job as IRs, but they’re based on software code rather than sampled sounds, which allows them to add a “dynamic” element based on the level of signal hitting the virtual speaker. A Greenback still sounds like a Greenback, but the DSR and IR sort of “pop” and “sit” in a mix in a slightly different way. SpeakerMix Pro is an excellent IR loader its own right, so it makes for an elegant and simple tool for comparing the newly extended tone palette that DSRs offer to find the option that makes the part sit just the way we want to hear it.

The great news is that SpeakerMix Pro ships with a choice of ten DSRs so we can easily get up and running with our “A-List” selection of cabs, and those seven legendary 12-inch speakers; Celestion Blue, G12M Greenback, Vintage 30, G12M-65 Creamback, G12H-75 Creamback, G12H Anniversary and Heritage Series G12-65 are now available bundled together as the DSR version of the Magnificent Seven speaker collection with significant savings of over 40% compared with buying the individual DSRs, plus an additional 10% if you already own one or more of the speaker packs in the collection.